Losing Weight, Quitting Your Job And Living Your Dreams: Could You Really Have It All? 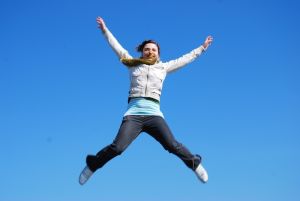 (NEVER stop reaching for your dreams) – photo by Mattox

My sister lost 13kg and over 6% body fat in around 4 months last year just by making up her mind to make a definite change and then following through on the actions required. My client Sarah completely transformed her body in 18 months, going from clinically obese to nearly shredded in a red bikini doing a fitness photo-shoot.

Another client, Katrina, lost over 18kg in around 4-5 months, while being a Mum to 4 children under 7. Including a 9-month old baby when she started her journey.

One of my mentors and her husband turned $30,000 or more of credit card debt and a crappy living situation into an on its way to being multi-million dollar business in as little as 2 years.

A woman who is a fellow student with me in the business school I’m attending has gone from making $6,000 per month online a year ago (not a bad situation in itself!) to having an over $50,000 month last month. She is a hippy from Queensland who calls herself a goddess and lives in the rainforest in her Grandmother’s cottage with her toddler daughter and her husband.

(Leonie the goddess, from www.godddessguidebook.com)

Another woman I’ve recently met calls herself a ‘Lucky Bitch‘ and went from broke, living paycheck to paycheck in a typical cold London flat to manifesting over half a million dollars worth of goodies including a 6-month all expenses paid round the world luxury trip with her husband, testing honeymoon locations. She is currently busy manifesting a NSW coastal mansion, and is on the way to becoming an Amazon best-seller.

what makes them so special?

This is what I believe about change, and why some people spend their whole lives trying to find the ‘thing’ that will help transform them whereas other people just manage to get on with it.

First. It’s a fact that anyone can change any part of themselves that they choose to. FACT. You can’t argue with fact, can ya?

For every dire or desperate situation that you can think of there is someone who has somehow found a way out of it. Whether through absolute grit and determination, or luck, or the right support or just the right timing they have risen from the depths of hopelessness or plain old boredom and dissatisfaction and created a dream for themselves that most people will admire, congratulate, fantasise about and then never ever do anything to truly create a similar change in their own lives.

My friend Jo spoke to me a few years back about quitting her job and starting up her dream business – a yoga studio on the beach in another state. I didn’t hear from her for a month and the next time I did she was in Perth starting up a yoga studio. I went to visit her last December, and you want to know how her typical day goes? A walk on the gorgeous beach just a few minutes from her house before a day spent doing what she absolutely loves and is great at. 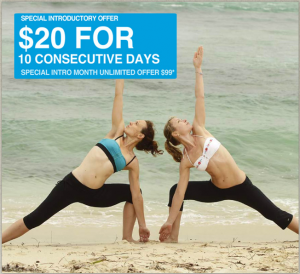 (Jo on the right)

Jo was an accountant here in Melbourne, and a part-time yoga teacher.

My friend Jess spoke about quitting her job in Fitness First management. A few months later she was in South America, blogging and creating massive Facebook-photo-envy with her outrageously awesome experience photos. She’s been gone for a year now and from what I can see she has no particular intention of returning to cold Melbourne to sit in a Fitness First personal trainers’ office! 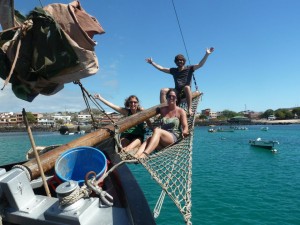 (Jess at the front, from her album ‘Galapogos: Life on the Pirate Ship’

Here’s a screenshot from her blog of where she’s been:

And a quote from a recent blog of hers:

“At the start of 2012 I inspired the readers of Journey with Jess Jones with the quote “THIS IS YOUR LIFE” but to be honest, I still can’t believe that THIS REALLY IS MY LIFE! I have officially been travelling for ONE YEAR and I can’t even fathom an end!”

Another good friend, Hayley, who I’ve known since I was 13, recently posted on Facebook asking ‘if you were going to follow the sun around the world for 12 months, leaving in July, where would you begin?’.

I’m guessing that this is not a random question, despite the fact that her second child is barely a few months old. The year before last she packed up her husband and toddler and went to live in a Parisian apartment for several months.

real people are doing it. why not you?

These are not arbitrary stories of people-who-may-not-be-real on the internet. These are real people. Women I personally know and have spoken with, most of the above people I’ve known for several years or even longer.

Women who woke up every day with the usual grocery list of worries, niggles and stresses and then finally woke up one day and said enough.

Enough of being ordinary. Of thinking ‘it can’t happen for me’. Of thinking ‘I don’t have what it takes’, or ‘I’m not good enough’. Enough of projecting my dream life into the future instead of believing it can begin right now.

Instead of continuing to believe they had to be stuck where they were, these women decided that the desire to live their dream outweighed the fears and uncertainties as to how to ever achieve it.

So, they began. And then kept going. In very simple terms that really is all it takes, in one form or another.

I’ve made a few pretty drastic changes myself over the years. Changes that have caused double-take reactions or helpful ‘words of wisdom’ as to why what I was doing was maybe not a great idea. Things that were scary and challenging and often surrounded by a grey cloud of massive uncertainty and self-doubt.

Changes that have, of course, led me to where I am today. 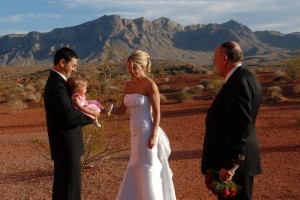 so – could it be your turn next?

You know there is nothing special about me. I have fears, doubts, insecurities. There are areas of my life I still consider a mess and which for some reason I am still battling to transform. Working on as we speak, in fact 🙂

Women just like you read my blog and they get excited to meet me because they think I must have something special. The only special thing I have is that when I really and truly decide I want something, I do make it happen. And then some 🙂

So if we’re being honest I have to tell you that the reason I haven’t transformed certain areas of my life yet is simply because I don’t want it bad enough. I want it. But if it was a must, if I decided my life depended on it and just had to have it? It would happen.

But you’re no different really, are you? Think about it. When was the last time you made up your mind that ‘this is happening, no matter what’, despite having perhaps absolutely no clue as to how you were going to get there?

Think about it. Find something. No matter how small. And then acknowledge this –

When you really and truly want something, you can and do make it happen. Dont’cha?

so why aren’t you achieving your ‘big’ dreams?

Maybe what you’re committing to or making a ‘must’ is just too small.

Maybe you have emotional or spiritual issues or beliefs you need to deal with first.

Maybe you’re sucking yourself down by surrounding yourself with the wrong people or energy.

Maybe you think about it all the time and even focus on getting it or pray about it, but don’t actually take the required actions. 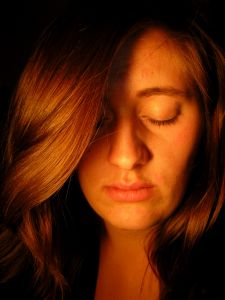 (use the law of attraction all you like. but you gotta haul but as well!) – photo by cilenj

Or maybe you simply haven’t dared to dream that you too could be an ordinary woman living an extraordinary life. Maybe you’ll read this and think ‘wow, that would be so cool’. Or you’ll say ‘I should do what she did’.

And then you’ll forget. You’ll go back to your busy life and occasionally you’ll have just a glimpse – through something you see on Facebook or just a flash of what if in your own mind – of what your life could be.

But perhaps you ARE ready to dream big, and not only to dream but to really and truly commit.

Are you? Could you? It doesn’t matter if you have no idea how to get there. It has nothing to freaking DO with it! All that matters is that you decide, right now, that no matter how, no matter when, no matter what happens you ARE going to begin. And then you’re going to keep going.

Can you? Will you? I’d love to hear from you if you do.

Jess, Sarah, Katrina, Pam, Leonie, Denise, Jo, Jess and Hayley are real women. Women I know personally. Right now who knows what they’re doing? Maybe they’re giving themselves a hard time for something they’re still striving toward. Or maybe they’re out there reaching for their next dream. Let’s join them hey?

10 responses to “Losing Weight, Quitting Your Job And Living Your Dreams: Could You Really Have It All?”